BattleBlock Theater - Shipwrecked. Forced to perform for an audience of cats? Yes, all that and more when you unlock BattleBlock Theater! There’s no turning back once you've started on your quest to free over 300 of your imprisoned friends from evil technological cats. Immerse yourself in this mind bending tale of treachery as you use your arsenal of weapon-tools to. Hey bro I heard you like Overwatch so I put some Overwatch in your Battleblock Theater! Thanks to a creative Discord member, it’s Cat with a Crowbar and Little Tofu Horse heads! German Briones brings us the Conehead and Necromancer heads from Castle Crashers! Heyyy Guyys, Here’s a hand drawn Cartman head from Alefteau ARvideos!

When you’re done editing your custom head, save it as a .PNG file and email it to [email protected] for your chance to be featured in the gallery below!

Drag the heads you like to your Userfaces folder!

The Discord server keeps on giving with these awesome pixel kids from Fernus!

Discord server user RoboFroggaming is back again with some more great heads!

The Docter of Gaming send us a custom head of Minecraft Steve built from Battleblocks!

We got an email from Knockcrok with some custom made heads! Cool stuff!

Submitted on our Discord server by Doctor Pyro, have some heads to show and to hide!

Dacoolglass from our Discord server submitted a cool collection of heads! Thanks!

Fun with Transparency and this face from RoboFrogGaming

RoboFrogGaming dropped a Rick and Morty head on to our Discord server! Snap!

Eduardo sends in his own custom made Pika-themed icon as a head! Pika-pick it up!

Sent in by TheEpicCreation, here’s a collection of TF2 heads and other clever ones!

Lewis sent us a peek at his true form, this hand-drawn custom head!

Here’s a really cool Joker head from TomarovNikita – why so serious?

Here’s the head that Emttycup was using in this video

Sent in by Sora, We’ve got some sweet anime and game themed heads! Candyman!

Hey bro I heard you like Overwatch so I put some Overwatch in your Battleblock Theater!

Thanks to a creative Discord member, it’s Cat with a Crowbar and Little Tofu Horse heads!

German Briones brings us the Conehead and Necromancer heads from Castle Crashers!

Here’s some heads Ricka made to party in BBT as some characters from Nuclear Throne!

There’s something great about turning your head into a potato. Thanks, Buster Mønster!

Here’s a random assortment of hilarious heads by Lutenit Koala. Love that Deadpool!

Hand drawn by iKid, here’s a Happy Cat Head! Now you can be the enemy! – Or a ghost.

Coming to us from The Netherlands, here’s eight heads made by Harry van Breukelen!

These were made by Ryan Lei, and include Bruce Lee and Will Smith! Too cool for school!

Custom made by Naner Martzin, here’s a random assortment of some cool characters! 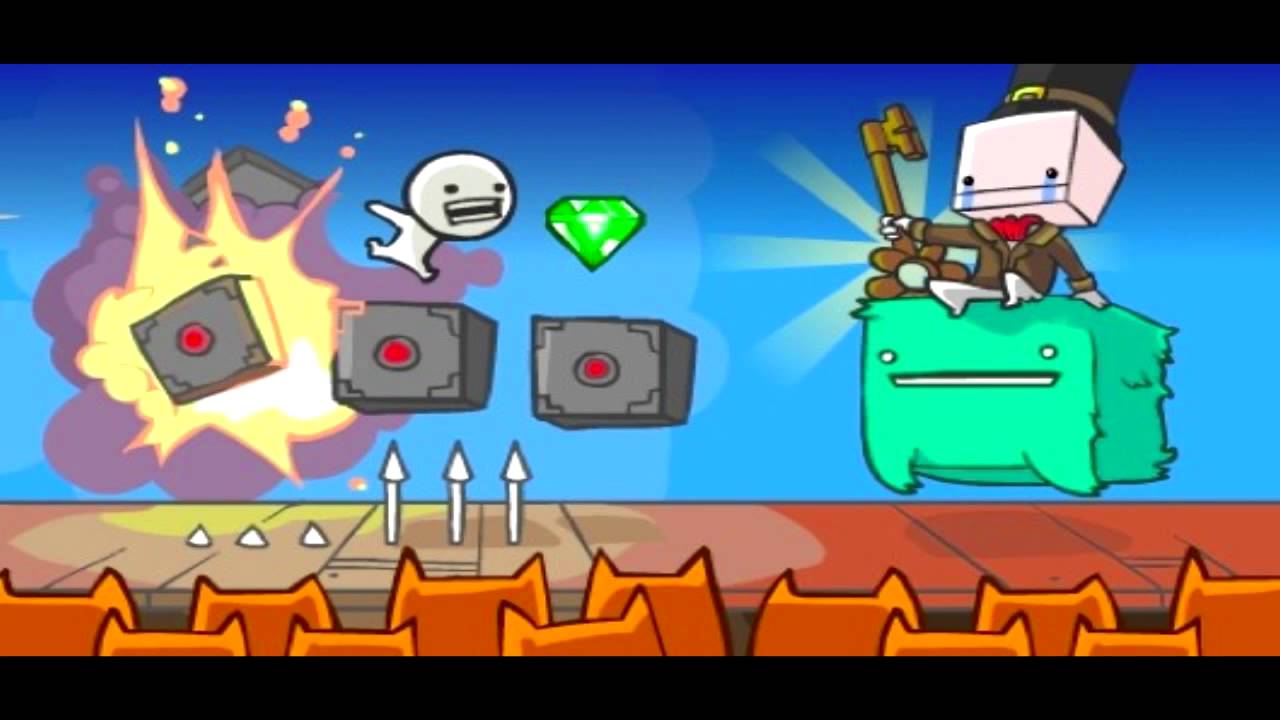 Robert Fink made us some stylish versions of Megaman and Link! Nice!

Hand drawn to match the style of the game, Justin Nichols brings us his custom creations!

Delivered by @Kapit, who’s also behind a bunch of art on the channel!

A handful of heads by Derek Spangler, including The Painter from Castle Crashers!

Scanned in from Arend Verbrugh, it’s Papa Smurf and friends!

From the PSD linked above :

Can’t remember how to import custom heads into the game? Watch our video!