Buy Dungeons 2: A Chance Of Dragons DLC as a Steam Key.

In ‘A Chance of Dragons’ devious dragons are infiltrating the world of Dungeons 2. In three all-new skirmish missions, you must do everything in your power to defeat the threat from dragons entrenched in the depths of an old castle who guard an ancient treasure of immense value. Hunt for magical dragon eggs, go up against powerful mages and test your skills against the ultimate dragon of unmeasurable power. With over 10 hours of gameplay across three fiery missions, ‘A Chance of Dragons brings a whole new set of challenges for even the most seasoned Dungeon Lords.

In ‘A Chance of Dragons’ devious dragons are infiltrating the world of Dungeons 2. In three all-new skirmish missions, you must do everything in your power to defeat the threat from dragons entrenched in the depths of an old castle who guard an ancient treasure of immense value.

Dungeons Dragons the Legend of Drizzt 2

Adapting the second volume of R.A. Salvatore's The Legend of Drizzt! The Dark Elf known as Drizzt has abandoned the twisted society of his people to seek honor and justice. But his family will not let him go so easily and even greater dangers await Drizzt and his new ally Belwar in the caverns of the Underdark!

Collects the adaptation of the second volume of R.A. Salvatore's The Legend of Drizzt! The Dark Elf known as Drizzt has abandoned the twisted society of his people to seek honor and justice!

Adapted from the famous book by R.A. Salvatore, The Legend of Drizzt: The Halfling's Gem. At long last, Drizzt D'ourden has found a surrogate family to love and stand by through all. However, in the aftermath of the battle for Mithral Hall, Drizzt finds this family in pieces. Bruenor Battlehammer is lost, thought to be dead; Guenwhyvar–his loyal, magical panther–is missing; and Regis The Halfling has been kidnapped by Drizzt's archenemy, Artemis Entreri.

Dungeons & Dragons: Forgotten Realms - Legends of Drizzt Omnibus Volume 1 delivers the first three graphic novel adaptations of R.A. Salvatore's beloved Dark Elf Trilogy - Homeland, Exile, and Sojourn - into one tome! This story takes readers from the moments before the birth of Drizzt to the point where he leaves his Drow heritage and homeworld, Menzoberranzan, the City of Spiders, and ventures up into the unknown.

The Collected Stories The Legend of Drizzt

The Collected Stories The Legend of Drizzt Book Review:

Classic short stories that expand the epic Legend of Drizzt®! For years, the Legend of Drizzt has included short stories published in Forgotten Realms® anthologies and Dragon™ magazine. Collected here for the first time are all the classic stories—and one all new tale—by The New York Times best-selling author R.A. Salvatore! From the startling origin of Drizzt’s panther companion, to the tale of Jarlaxle and Entreri’s first encounter with the dragon sisters, the tales in The Collected Stories enrich this epic series, and many are available here for the first time in years.

Dungeons Dragons The Legend of Drizzt Vol 5 Streams of Silver

Adapted from the famous book by R.A. Salvatore. After many lonely, nomadic years, Drizzt Do'urden finally settles in the remote arctic outpost of Icewind Dale. After finding peace, Drizzt begins a journey to fulfill an oath made to one of his friends_join him in his quest to find the legendary land of Mithral Hall.

Adapting the famous series by R.A. Salvatore, beginning with Book 1 of the Dark Elf Trilogy, Homeland. Travel back to strange and exotic Menzoberranzan, the vast city of the Drow and homeland to Icewind Dale hero Drizzt Do'Urden. The young prince of a royal house, Drizzt grows to maturity in the vile world of his dark kin. Possessing honor beyond the scope of his unprincipled society, young Drizzt faces an inevitable dilemma. Can he live in a world that rejects integrity?

Drizzt Do’Urden and Wulfgar embark on a perilous mission to rescue their halfling friend in this action-packed finale of the Icewind Dale Trilogy Artemis Entreri has taken Regis back to his former master, Pasha Pook—but Drizzt Do’Urden and Wulfgar are fast on the assassin’s heels. Armed with the scimitar Twinkle, Drizzt defeats a banshee and acquires an enchanted artifact that masks its wearer’s true identity. With Drizzt now disguised as a normal elf, the duo continues their journey, traveling from Waterdeep to Baldur’s Gate, and beyond, in search of their friend. Meanwhile, Entreri is always one step ahead, aided by the magical gem Regis once stole from Pasha Pook. Together, Regis’ captors thwart Drizzt and Wulfgar’s mission at every turn, cornering them into battles with pirates, treks through the Calimshan deserts, and encounters with otherwordly monsters. But will it be enough to stop them from rescuing Regis? The Halfling’s Gem is the third book in the Icewind Dale Trilogy and the sixth book in the Legend of Drizzt series.

Adapts the third volume of R.A. Salvatore's The Legend of Drizzt! Drizzt Do'urden has abandoned the cruel Underdark for the unknown of the surface world. But as the young warrior begins his sojourn, the family he left beneath, and new enemies alike, pursue him. His survival depends on gaining the trust of surface dwellers_and that challenge may be greater than any battle he could fight.

Return to the City of Spiders! Still reeling from the death of Wulfgar, Drizzt is allowed little time to grieve, for dark elves are massing in the caverns deep under Mithral Hall. To protect his adopted home, he'll have to return to the city of his birth, the evil City of Spiders. Menzoberranzan is one of the most dangerous places in the already perilous Underdark on a good day, but for Drizzt, a renegade with a price on his head, its certain death ever to set foot there again. But Drizzt Do'Urden and his companions have faced certain death before, and will gladly spend their lives for the sake of the dwarves of Mithral Hall.

DROW STALK THE SHADOWS. TROLLS INFEST THE LOWLANDS. ORCS HAVE CLAIMED THE MOUNTAINS. AND TIME IS RUNNING OUT. Mithral Hall is under siege, Nesmé is overrun, and even powerful Silverymoon braces for war. Through it all, Drizzt has fought alone, but as the conflict draws to a bloody conclusion, the Hunter will have to find allies both new and old–or die along with the rest of the civilized North. The conclusion of the New York Times best-selling trilogy decides the fate of Drizzt Do’Urden.

From the author of more than a dozen New York Times best sellers and his son, comes the first installment of a brand-new fantasy trilogy written just for young readers.. Barely a teen and already guarding a secret that could jeopardize his young life, Maimun is marked for death. With the help of a mysterious stranger, the boy escapes his village and flees out to sea, stowing away on the pirate hunting ship, Sea Sprite, where he comes across a most unlikely ally: the dark elf Drizzt Do'Urden. With a half-demon determined to destroy him, and a crew of sailors resentful of the trouble he's caused, Maimun must find the courage to prove his worth, both to his friends and to himself. Nearly two decades ago, R.A. Salvatore introduced the world to Drizzt D'Urden in a series that has since become a fantasy classic and a consistent presence on best seller lists. Now, for the first time, Salvatore partners with his son Geno to craft a brand-new story just for young readers, featuring a cameo of the most beloved fantasy character of all time. For young readers seeking the next great fantasy saga or for long-time fans who can't miss any installment in the Drizzt saga, this book delivers all the action, intrigue, and magic you've come to expect from the Salvatore name.

The saga of dark elf Drizzt Do'Urden has become a fixture in the fantasy genre, with a string of New York Times best-selling novels going back to 1988. Maestro is the follow-up to Archmage, and continues the story of Drizzt's perilous homecoming. Drizzt is going home. But not to Mithral Hall. Not to Icewind Dale. He's going to Menzoberranzan. Something terrible-immense-unspeakable, has come to the City of Spiders, leaving death and destruction in its wake. Additionally, the damage of the Darkening, of war, and of a demon-ravaged Underdark sends cracks out across the North, causing irreparable damage. At the same time, the primordial of Gauntlgrym stirs, sending Cattie-brie and Gromph to the ruins of the Host Tower of the Arcane in Luskan, seeking the only power that can keep the beast in check. Jarlaxle holds the strings for them all, orchestrating a masterpiece of manipulation that brings old enemies together, and tears old friends apart. But even the wily and resourceful Jarlaxle may not realize just how narrow a path he walks. The City of Spiders might already have fallen to the demons and their wicked prince, and what's to say the demons will stop there? Maestro is the sequel to Archmage, and the exciting 2nd book in the Homecoming trilogy.

Dungeons Dragons The Legend of Drizzt Vol 4 The Crystal Shard

Adapted from the best-selling book by R.A. Salvatore! Can an unorthodox dwarf and renegade dark elf unite the people of Ten-Towns in time to stave off the forces of the crystal shard?

The Legend of Drizzt 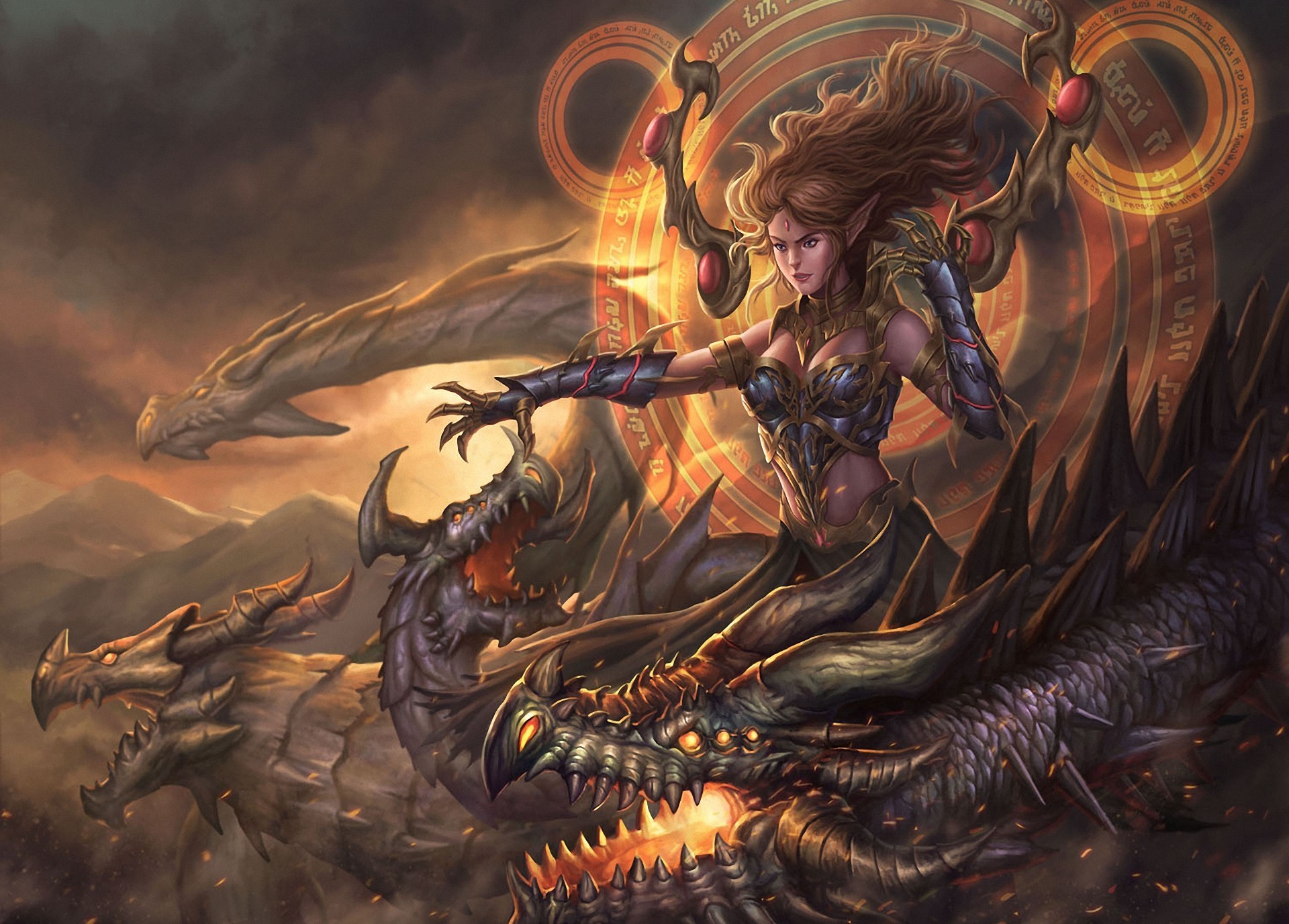 Dark elf hero Drizzt Do'Urden confronts the underground, monster-infested civilization of the evil Drow elves, travels through the endless labyrinth of the Underdark, and battles to survive on the surface world, in a collector's edition omnibus containing the first three novels in the Dark Elf series--Homeland, Exile, and Sojourn. 15,000 first printing.

Dungeons Dragons The Legend of Drizzt Vol 5 Streams of Silver

Adapted from the famous book by R.A. Salvatore. After many lonely, nomadic years, Drizzt Do'urden finally settles in the remote arctic outpost of Icewind Dale. After finding peace, Drizzt begins a journey to fulfill an oath made to one of his friends_join him in his quest to find the legendary land of Mithral Hall.

Drizzt and his elf companion Dahlia realize that they may have to break the law if they are ever going to help those the law has abandoned, and soon are making new enemies and are plunged headlong into battle.

The epic conclusion to the long-awaited trilogy featuring one of the most beloved characters in all of fantasy—Drizzt Do'Urden—a rollicking tale of life, death, intrigue, magic, danger, and the timeless bonds of family and friendship from New York Times bestselling author R. A. Salvatore. Displaced in time and unexpectedly reunited with his son Drizzt Do'Urden, Zaknafein has overcome the prejudices ingrained in him as a drow warrior to help his son battle the ambitious Spider Queen and stem the tide of darkness that has been unleashed upon the Forgotten Realms. Though Zaknafein has endured the most difficult battles, survival has come at a terrible cost, and the fight is far from over. Facing demons and driders, Zaknafein carries the entire weight of Menzoberranzan surrounding Gauntlgym on his shoulders once more. But the chances of survival for him and his old friend and mercenary Jarlaxle look bleak. Trapped in a desperate and seemingly hopeless situation, the legendary warriors must reach deep inside themselves to face the impossible. While the burdens Zaknafein bears are more than enough for one of Menzoberrazan’s greatest warriors, fate holds further challenges. When circumstances take an unexpected turn, Zaknafein discovers he must not only conquer the darkness but learn to accept the uncontrollable: life itself. The stakes have never been higher for R. A. Salvatore’s most beloved creations in this final volume of his latest bestselling trilogy begun with Timeless and Boundless. A story of brave heroes filled with dangerous thrills, Relentless also considers eternal questions about morality, purpose, sacrifice, and the definition of harmony. Exciting, imaginative, and thought-provoking, it takes fans on an action-packed ride that will challenge their assumptions and leave them breathless and satisfied.