Fault milestone one - THE ART OF fault milestone one Description This version is the Director's Cut version that has additional content and features from the original Japanese release, all thanks to our Kickstarter backers. You can switch to Japanese by pressing the J key on your keyboard, or back to English with the E key.

Fault is a series of Science Fantasy Cinematic Novels using a unique 3D Camera system for a visually immersive reading experience, which follow the story of a princess named Selphine and her Royal. Fault - Milestone One (Steam) STEAM digital. Delivers instanly online in your account or by E-Mail.This version on Steam is the Director's Cut version that has additional content and features from the original Japanese release, all thanks to our Kickstarter backers. You can switch to Japanese by pressing the J key on your keyboard, or back to English with the E key.fault is a series of. Title: fault - milestone one Platform: Windows, Nintendo Switch Developer: ALICE IN DISSONANCE Release Date: December 15, 2014 Language: English: text - Japanese: text - Korean: text - Simplified Chinese: text - Russian: text - German: text - Spanish (Latin America): text - Spanish (Spain): text - Italian: text - Portuguese (Brazil): text. EmulationFanatic added crash status-menus labels Aug 13, 2020. Sign up for free to join this conversation on GitHub. Already have an account?

The end of peace is the beginning of a journey for these two heroines. However, where that journey is leading them is the real question.

Ralph Waldo Emerson once said “Life is a journey, not a destination” and similarly, the same maxim I like to have in mind when it comes to most of my entertainment consumption. Rather than worrying needlessly about the progression from point “A” to “B”, I am more concerned with world’s construction, characters, and how all the tiny pieces of the quest relate to the larger picture. It isn’t the easiest sentiment to craft into words for me nor most creative minds, but after jumping straight into fault milestone one, I was hoping it would reciprocate that sentiment. Setting through the initial underwhelming beginning to what followed, I couldn’t help but wonder how will things progress since it seemed to take an ambitious turn that leaves me with more mixed opinions than definitive ones by the time it came to a head.

Muddled impressions aside, fault does setup the world-building astoundingly well focusing on a fantasy venue dependent on mana and special individuals known as “manakravte” able to manipulate it. The Runghzenhaide kingdom, a key hub for mana suddenly falls under attack by mysterious invaders and after a concatenation of events, Princess Selphine is forced to flee with her fearless friend and skilled bodyguard, Ritona. Their method of escape is botched and instead landing them near an ally encampment, they are whisked to a place called the “Outer-Pole” on the other side of the world, a land where mana is scarce and science prevalent. At this juncture (aka 25 minuets in), the game has no issue with inundating the reader with term after term containing the most verbose descriptions. Thankfully, the in-game encyclopedia comes as great relief to take the burden off remembering most of it as things move rather briskly and none of it elaborated or just complicated. That being said, with all the precursory fluff handled, it is presumed that most of the story (or some of it) would be focused squarely on Ritona and Selphine and who they are as characters, yet does the opposite as it centers around the Zheviz family affairs – which Selphine decides to intervene in. There are vertically slices of personalities traits that get shown such as Selphine being very energetic and perceptive while Ritona is unyielding and strict, yet the heroines overall still feel paper-thin.

On the other hand, the Zheviz subplot (that takes up most of the novel) is actually very engaging as it uncovers the story of a girl named “Rune” that Ritona and Selphine meet and her relationship with a company CEO researching mana extraction, “Rudo”. As aforementioned, while it does take up most of the story real estate, the characters introduced are very fleshed out in comparison to the heroines and does help the duo learn that their world is far more expansive than they originally presumed. The only problem is how does it relate to the main objective? While Ritona and Selphine are playing the role of a mediator of sorts (not spoil too much), they do stumble across a key piece of information, yet it really doesn’t seem to be that important (now) or relevant to getting the two home. You get a nice sob-story to accompany it – however, still hard to fathom why they spend the whole narrative on something that is not a germane concern in terms of moving the story along…no matter how well it is written or told. Most of the subject matter touched upon is even treated as an afterthought; once brought up and never to be uttered or used as short commentary. It’s a tough sell, but fair to say that serves it purpose…what that purpose is depends on the reader. As a kinetic novel, there are no dire choices to be made (expect for one seemingly insignificant one) and of course, a cliffhanger ensues leaving more to come. 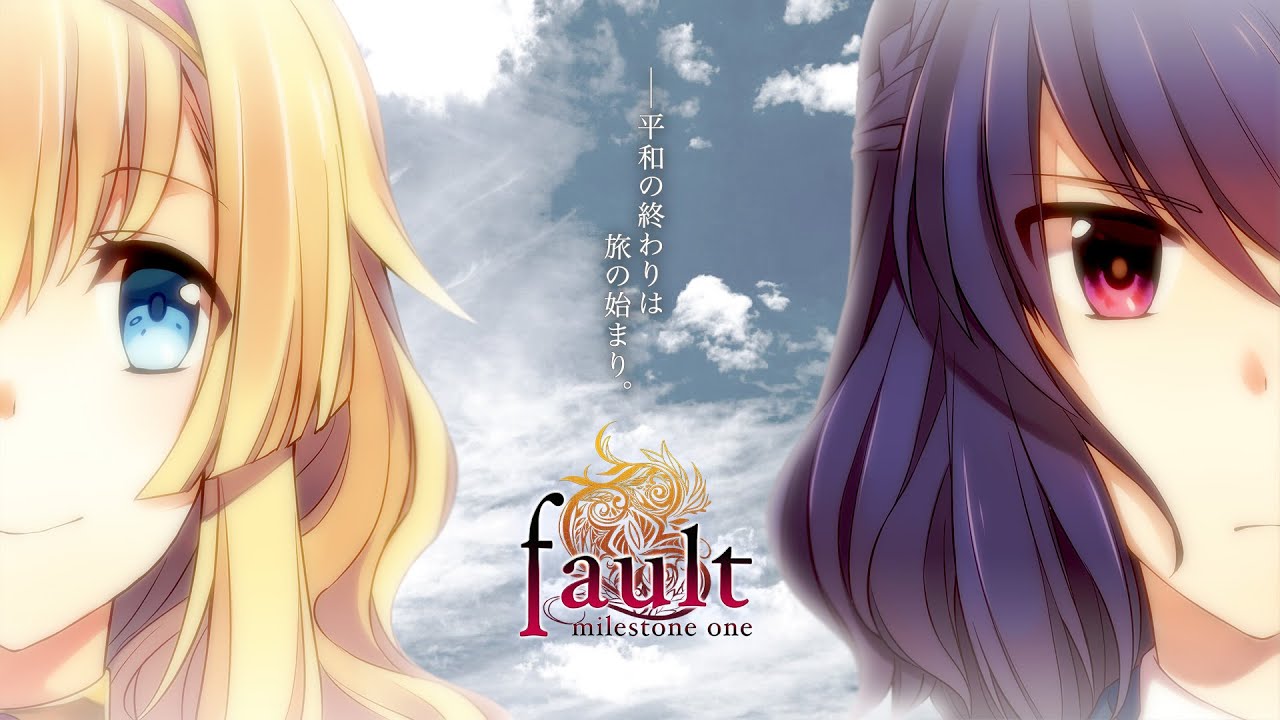 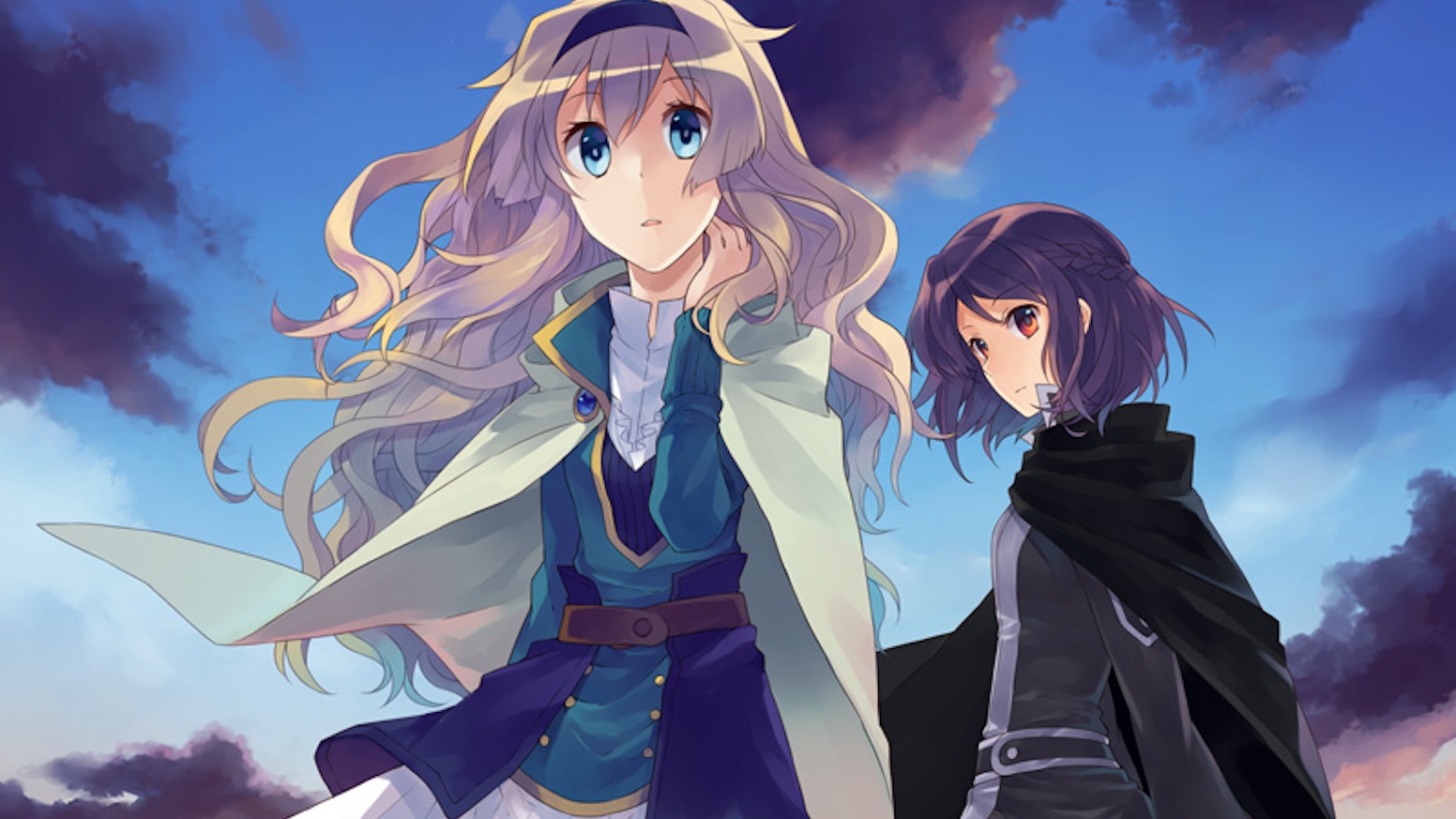 While the narrative leaves me with the most conflicted feelings, everything else is as expected. The UI menu and options are very sleek and accessible, albeit awkward considering that the left mouse brings up an expanded menu docklet. The music selection is also unique, while it is composed of the standard programmed and synthetic tracks, most of them sound well-produced. Only minor nitpick to this end is how frequently they loop. The CG scenes are plentiful and visually eye-catching with the same anime-centric design style most utilize. It definitely does not appear to be a cheap production either in terms of assets and on par with most ambitiously sized projects, despite the novel itself capping off around 4-6 hours in length.

War for the overworld - heart of gold expansion. Expansions introduce new Gameplay Content such as New Campaigns, New Game Modes, New Units and more! Dec 13, 2016 “Crucible is the survival game mode in War for the Overworld, pitting you against your evil mentor turned bloodthirsty invigilator, Mendechaus (Richard Ridings) and his endless onslaught of minions. How long will you survive?

Just as underwhelming as fault began, it ends on similar note that is not completely inane, yet doesn’t exactly inspire me to wait with bated breath for the next installment. Even though everything wraps nicely for this arc, it is very transitory (probably due to budgeting) when it comes to actually doing anything meaningful. No one gets it right on the first try, and for now, it is worth trying enjoying the journey rather than destination for what is. Either way, if you are looking for quick experience to jump into akin to Dysfunction Systems hinging on a continuation and bordering more toward wild science fiction of the 80’s (a la Andromeda Stories is the best example), this is a perspective title to look into, although won’t be for everyone.

Cons: too short, little focus on the two heroine leads, narrative moves at a slow pace.

Disclaimer: In no way, shape, or form was I compensated for the composition or publication of this review. This by my own volition. A review copy of the game was kindly provided by Sekai Project. All images and rights to them belong to ALICE IN DISSONANCE and for review purposes only.

Editor’s Note: Fault contains a couple of moments of extreme violence (one of animal cruelty). They are brief, but jarring and confronting enough that I felt it worth mentioning.

Milestone One of Fault is an interesting story, but it fails as a first episode: it doesn’t properly set up the main characters, villains or setting. As a standalone story it’s actually quite compelling, but it fails as part of a larger tale.

Fault is puzzling. It plays as though it’s caught between trying to do two entirely different things, and not succeeding particularly well at either. Described as a “Science Fantasy” visual novel, Fault puts players in the world of both medieval fantasy and a sort of steampunk sci-fi. The story begins with the kingdom of Rughzenahdie in flames and under assault from powerful, sadistic group of young girls whose goal is… not explained in this first episode. The kingdom’s princess, Selphine, is whisked away to safety by her young bodyguard Ritona using the magical power of manakravte, though they end up in an unknown location.

At first, it appears that Fault will be a road-trip-style story as the two girls rally reinforcements on their way home to Rughzenahdie, but Fault quickly sidesteps this. Instead, they find themselves caught up in the events of an entirely different continent where magic doesn’t exist and science rules. Though they may be the main characters, Selphine and Ritona are largely irrelevant to the primary story of Milestone One, which is that of Rune and her brother Rudo. It’s difficult to give an overview of their story without spoilers, but it’s a sci-fi tale filled with artificial life and strange medical conditions. It’s quite a touching story, but largely predictable if you’ve played other visual novels or watched anime in a similar genre.

The characters suffer from similar genre clichés, though this could be a positive for some players. Selphine is your typical airhead happy-go-lucky princess, Ritona is a stick-in-the-mud, and Rune is cheerful but clearing hiding something. Rudo, head of a massive corporation, is a more interesting character who I felt had realistic motivations based on the trauma he had experienced during his lifetime. The real villains are cheated out of any real screen time, so it’s hard to feel any real antagonism towards them; Fault doesn’t take enough time to make players hate them.

The world and setting are just as poorly explained. At times, Selphine refers to the people of the Outer-Pole (the location she and Ritona arrive in) as servants of Rughzenahdie, but it’s an entirely different continent who seem to know nothing about mana or magic. Likewise, the Outer-Pole is discussed as being distant, but it’s never clear just how far the two girls are from home. And, with the huge scientific prowess of the Outer-Pole, how is there so little communication between them and other continents? The move from swords and sorcery to medicine and robotics is simply too jarring and not explained well enough to be believable. Many of the uses of magic in the game are original, such as the “Path-Down” where memories are passed to a descendant, but Fault also has a tendency to throw far too much jargon at players; I was often referring to the in-game encyclopaedia to remember what everything was. Not to mention that they’re impossible to pronounce.

Sekai Project have done an amiable job of translating the game, and the script is largely free of errors. It does read somewhat awkwardly at times though, and dialogue often sounds unnatural. There is no voice acting, and the sound and visuals on the whole look budget. Character designs are exceptional in quality, but backgrounds are still and lifeless, as is the music that goes with them. There is only a single choice to make in this otherwise linear story, and it has no affect other than the following few lines of dialogue. It feels like a pointless addition; almost a tease for players wishing they had more control over the events in the story.

Milestone One of Fault is an interesting story, but it fails as a first episode: it doesn’t properly set up the main characters, villains or setting. As a standalone story it’s actually quite compelling, but it fails as part of a larger tale. Perhaps this will be addressed and remedied in Milestone Two but, for now, I’d recommend waiting for more content and not investing your time in the series just yet.