Official Cluebooks were published by Electronic Arts for the first three Bard's Tale games that expanded on the games' stories and added new characters:

The Cluebook for the first game (1986, ISBN1-55543-064-3) was written by T.L. Thompson as an in-universe document, the journal of a lord who had very nearly succeeded in solving the quest before finding that his party had lost crucial items. The party was implicitly wiped out just short of defeating Mangar but had seen to it that the journal would reach friendly hands.

The Cluebook for the second game (1987) was written by T.L. Thompson and David K. Similarly as a short story, narrating how a party of adventurers asks a wizard to foretell their (possible) future by means of a divination spell, if they should attempt the game's quest to find the Destiny Wand and defeat Lagoth Zanta. The resulting trance vision of the possible future reflects poorly on the character of the group's leader, who is also shown to get assassinated at the end, and it is implied that the group will thus not embark on the quest after all even though they technically succeeded in the vision.

The Cluebook for the third game (1988, ISBN1-55543-236-0) was written by David Luoto in the style of a novella. The protagonist, Arbo, is initially a lazy and useless squire who is 'volunteered' by his master to a party of adventurers at Skara Brae. The group proceeds to bring order to the dimensions and best Tarjan, and in the process form Arbo into a resourceful and responsible adult.

A series of novels based on The Bard's Tale were published by Baen Books during the 1990s. They include:

While they are listed here in the order they were published, some books in the series connect more than others, such as Castle of Deception and The Chaos Gate, Prison of Souls and Escape from Roksamur, and Thunder of the Captains and Wrath of the Princes.

As part of the crowdfunding campaign for The Bard's Tale IV, six novels set in the Bard's Tale universe were provided to backers in EPUB format in 2018. Three of them are novelized re-tellings of the first three games' storylines (different from the cluebooks, and with different characters) by Nathan Long, who wrote the storyline for part IV; these three novels frame the original trilogy within the larger story and redefined setting from The Bard's Tale IV and the Remastered edition of the original trilogy. Neoverse - cyber punk costume pack.

In 1996, Next Generation listed the series (referring to the first three parts of the original trilogy plus the construction set at the time) collectively as number 62 on their 'Top 100 Games of All Time', praising the all-in-one interface using multiple display windows and the unparalleled level of plot detail and development.[1] 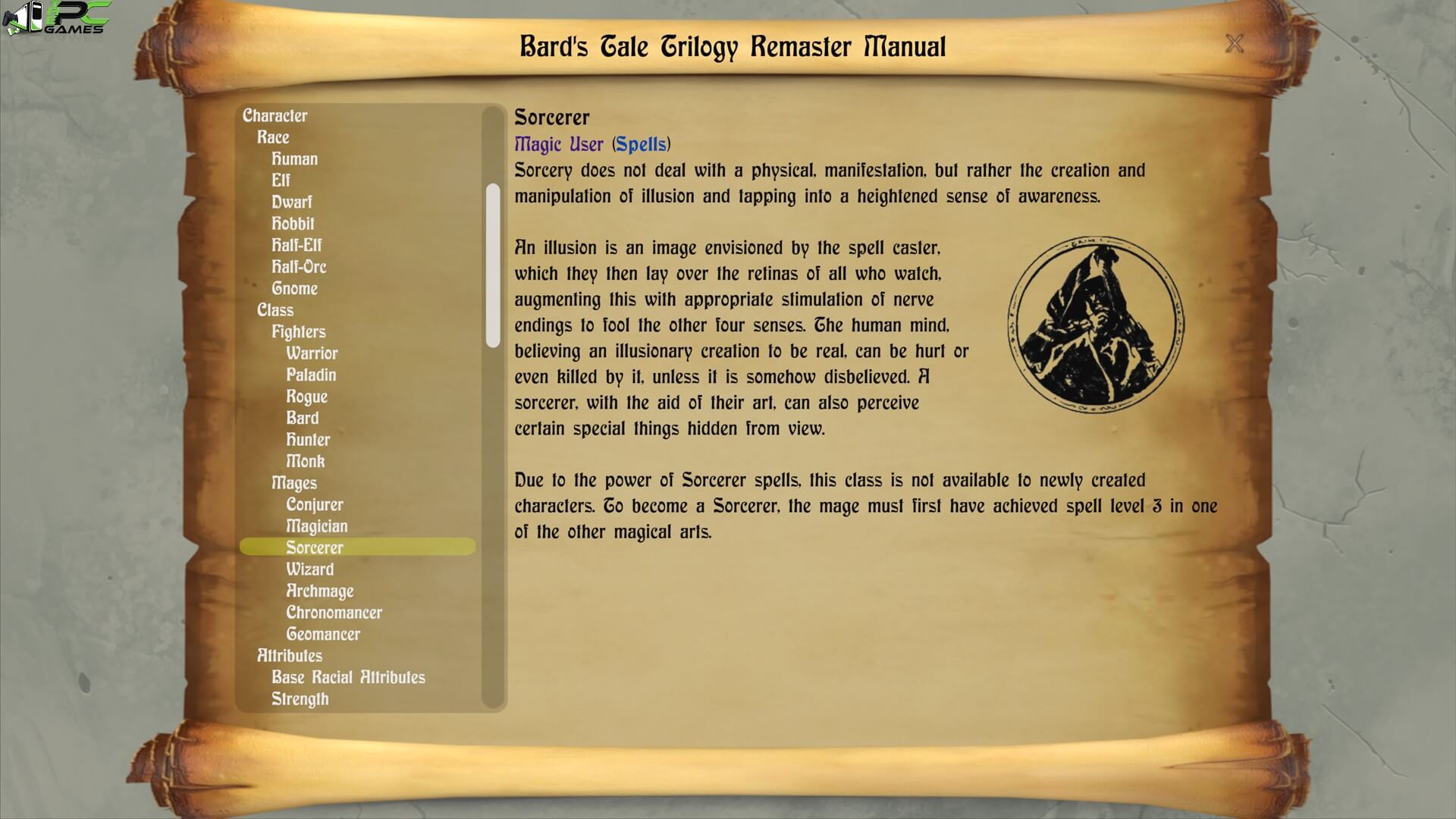