I would like to bring you a guide with some tipsand a nastly little trick that can help you do this hell of an achievement.

Hello everyone. I just managed to do this achievement and I figured I would give some tips. I have to say that this achievement was the most infuriating thing to do in the game and I say this after I have beaten every single boss on Hard with every character (excluding the Keeper but including the Lost) and did the Ultra Hard challenge after days of trying.

Azazel for sure. People usually recommend either Azazel or the Lost as you can’t pick up red hearts. While the Lost provides you free Devil Room items, you are still 2 hit from death (with Holy Mantle) and you won’t be able to do the trick that saved my♥♥♥♥♥♥with the Lost, only with Azazel.

So Azazel is perfect, because you can’t pick up red hearts by default, but can still pick up red heart containers that can be traded for Devil Room items and possibly soak up hits in the last fight(s).

He has flight and good damage which helps you a lot. While his range is problematic, with the right items or movement, it can be fixed.

General: Restart until a good item. If you happen to find a library, go for a key. Book of Revelations or Satanic Bible can both be really good. Don’t forget that while Satanic Bible can give you black hearts, Book of Revelations increase the chance of Horseman bosses, which are usually easier than regular bosses (especially on later floors). Try to use batteries on 0 charge books to maximize efficiency.

Keep your eye on the pickups. If you accidentally picked up something you shouldn’t had to, notice it early to restart and not when you beat the Lamb and not get the achievement. 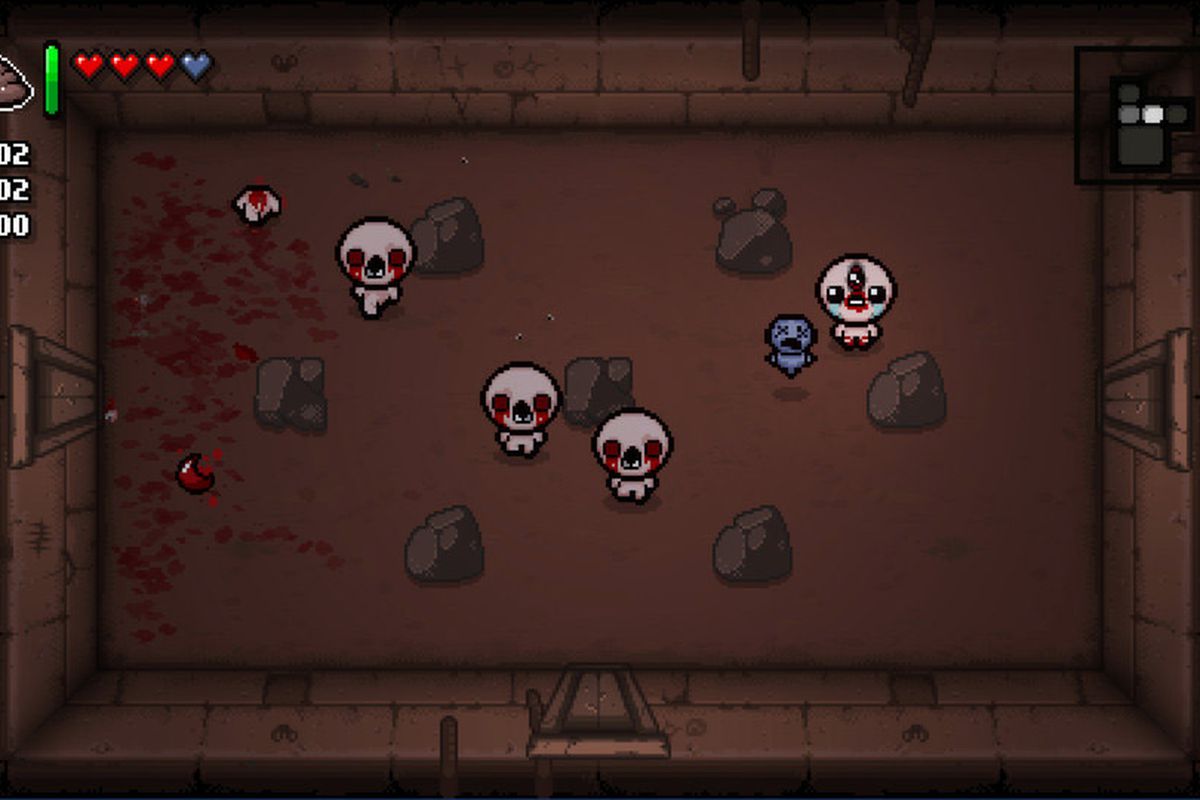 Pickups: Don’t forget, you are ‘only’ forbidden to pick up hearts (any kind), coins and bombs. Keys, batteries pills, cards, runes, trinkets are fair play. You can also hold on coins and bombs in case they came from an item (like Homing bombs or 25 cent). You can use them with no problem.

Pills: Your choice, I tried to avoid them. As you are limited to health (even if you have any of the aforementioned books) pills like Bad Trip or Health Down are painful. Also Health Up gives you an empty heart container, meaning you need to be extra cautious not to pick up red hearts. In case this happens, hope for a full health pill or try to trade it away with the devil to literally anything. Balls of Steel is really good, so if you manage to identify it, you can help yourself with this to time to time.

Chests: It depends. Early game I open chest in the first 3-4 floors as the loot is not much and you can pick up a few keys without any trouble of avoiding other pickups. Don’t open chest later though, as you might avoid the initial scatter of items, a coin can usually slide in front of the door, ruining the run. I would avoid chests in Curse rooms, as there is a good probability that blue hearts will drop and slide in front of the exit. You can do it early game though to check for a possible item and then use Fool to get out.

Maneuver: Find the treasure room then the boss room. You can clear rooms if you have any heal books (mentioned above) to recharge them. If you feel strong enough, and happen to find the boss room faster, you can decide to go for it and leave the room without the Treasure room.

When you navigate through the floors, make sure that when you clear the room you are not in the center. Otherwise a forbidden pickup might spawn on you and you can start all over again. To make your life easier, avoid fires, poops and anything that could drop unnecessary pickups. The enchanted cave 2 download free. Be careful where you kill pickup dropping champions too.

Pickup dropping items: Quite a few Treasure Room / Boss Room items have decent stats but drop forbidden items like Squeezy, Mr. Dolly, etc. You can pick them up, but be careful. If you just run out of the room, the drops will be right at the door, so if you need to come back to this room, you could instantly pick up an unwanted pickup, ruining your run. Instead of this, try to move away from doors/trapdoors so you can see where the items drop and just avoid them. You can also pick up the item and instantly stand on the trapdoor, so you can leave the floor before the items can be picked up. 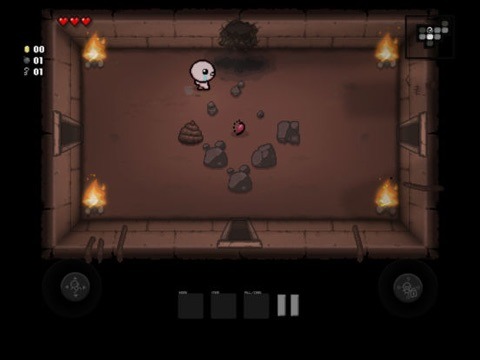 Good items can depend on a lot of things. Basically orbitals that take up shots are really good. Stuff that drop forbidden pickups are bad (evidently), like most sacks, The Relic, etc. Items that trigger on taking damage are bad usually, except if you can regenerate (with books that heal). Range items are really good for Azazel, especially to deal with exploding enemies. Goat Head can be amazing, given the circumstances (Angel rooms can have useless items while in Devil room you might not have hearts to trade away).

Devil or Angel? Your choice. I usually tried to pass on Devil Rooms unless something really good (usually 2 heart deals, but now always) came up, like Brimstone or The Pact. If it happened early I must have had a red heart for trade. Otherwise, you can try to go for angel rooms, they might have some really good stuff if they show up which won’t cost you anything (maybe a key if the game is cruel and places a lock in front).

The Binding Of Isaac Rebirth Characters

This achievements is really unforgiving. I like to compare it to Ultra Hard in a way, where while you couldn’t gain health, at least it wasn’t like “Oh you picked up a heart? You lost”. If you happen to pick up something you shouldn’t have, you might just finish the run. Either have fun, or try practicing how to maneuver. This achievement makes you really paranoid as you have to get rid of habits that generally help your gameplay.

Sometimes your way gets blocked. You accidentally (or not) open a chest and a coin or a bomb slides riiiight next to the door what leads to the boss room. Or you face Gurdy as a boss, and he is so nice that he drops a soulheart just for you on top of the trapdoor. You can’t do anything with this, unless you have a bomb from a bomb item to clear the path. The way to go here is a painful sigh with a long press of R.

Sometimes a pickup spawns right on top of you. You finish a room while dodging an enemy projectile and at the same time a coin has spawned and you sled through it. Or a troll bomb exploded a pot and of course coins spawned that flew in your face. You have managed to killed Greed who generously stuffed your face with a handful of coins…*Sigh*, R.

You might get good runs but really bad bosses / end game rooms and you just die. I died quite a few times to Satan, Dark Room and to The Lamb. This achievement is hard.

The trick up your sleeve

There is one thing though I haven’t mentioned. You can cheat. Coloring pixels game. No, I don’t mean the console. There is a legit way you can trick with the game for f***ing with you so many times. It’s saving system is a bit interesting. As far as I know/could try it, the game saves after you kill a boss or when you quit the game by normal means, like exiting to the menu.

You can pull of a trick, if your last heart is a Black Heart. I don’t know if you need your last remaining heart to be a black heart or you have more but here is the trick. When the black heart gets destroyed, it plays an animation on the screen before breaking. If your last heart (a black heart) is playing the animation you quickly Alt+F4 during this and simply restart the game. The game should failed to save your progress and would place you back the last save point. This might be the start of the floor if you didn’t quit normally meanwhile and didn’t kill the boss. Note, that if you are too late, and your character dies, the death is saved and you will be able to only start a new run.

This can be a good way to explore harder floors, memorize the path to the Boss Room / Treasure Room, die, force quit, restart the game from the last save point and go on your way. You can clear rooms, exit to the menu normally and the continue. If you pull of the trick, you will be placed to the room you exited (to the menu).

This is how I finally managed to beat The Lamb. I had only a black heart and a soul heart protecting it before facing it. I tried again and again. Any time the black heart animation came up, I Alt+F4-ed and restarted the game. After like 10 tries, I managed to beat him and got the achievements.

More of this sort of thing: