A brand new addition to Warhammer 40K: Mechanicus – Heretek is the Xenarite subclass. Lore-wise, Xenarites are AdMech folks that dabble in Xenos or alien technology, without going full villain. The world of Warhammer 40,000: Mechanicus is growing with a new expansion, Heretek. There is no game: wrong dimension download. This addition to the critically acclaimed turn-based tactical PC game opens up a storyline that exposes the dark underbelly of the Adeptus Mechanicus like never before. Heretek is the expansion to the critically acclaimed tactical turn-based Warhammer 40,000: Mechanicus.Opening a whole new plot line, Heretek exposes the dark underbelly of the Adeptus Mechanicus faction like never before. Brand new narrative events have been handcrafted once again by Ben Counter, allowing players to uncover what has brought civil unrest to The Caestus Metalicanduring. Purge the Heretek achievement in Warhammer 40,000: Mechanicus: Completed the game with the Heretek content activated - worth 30 Gamerscore.

Enemies closer is the first mission of the series for Xerxetes. It's one of the more difficult missions in the game, so I've decided to write a guide for it. This is not a detailed walkthrough of the mission telling you what to do, but rather a guide that tells you about the options and approaches.
Rewards depend on a difficulty level (or are random per save?).
Mission begin with a dialog:

And so, the mission begins.. 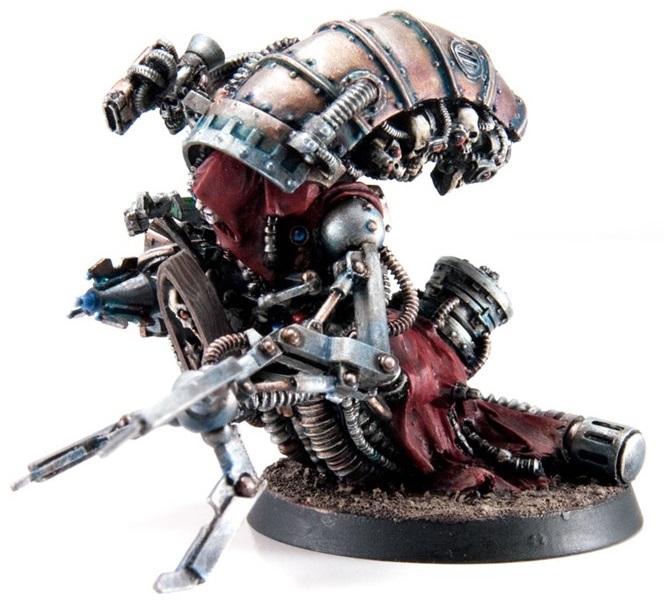 You will soak a lot of physical damage in melee range and acid damage over time. Take all physical armor items you can, they are more important than just buffing your health (though if you do have just base-10 health units - I would recommend skipping this mission until you are ready)
All major enemies (tech-priests) start being untargettable until they make their first attack, which will be really punishing. Additionally, they can gain 100% dodge chance against all attacks with a cooldown of 2 turns. 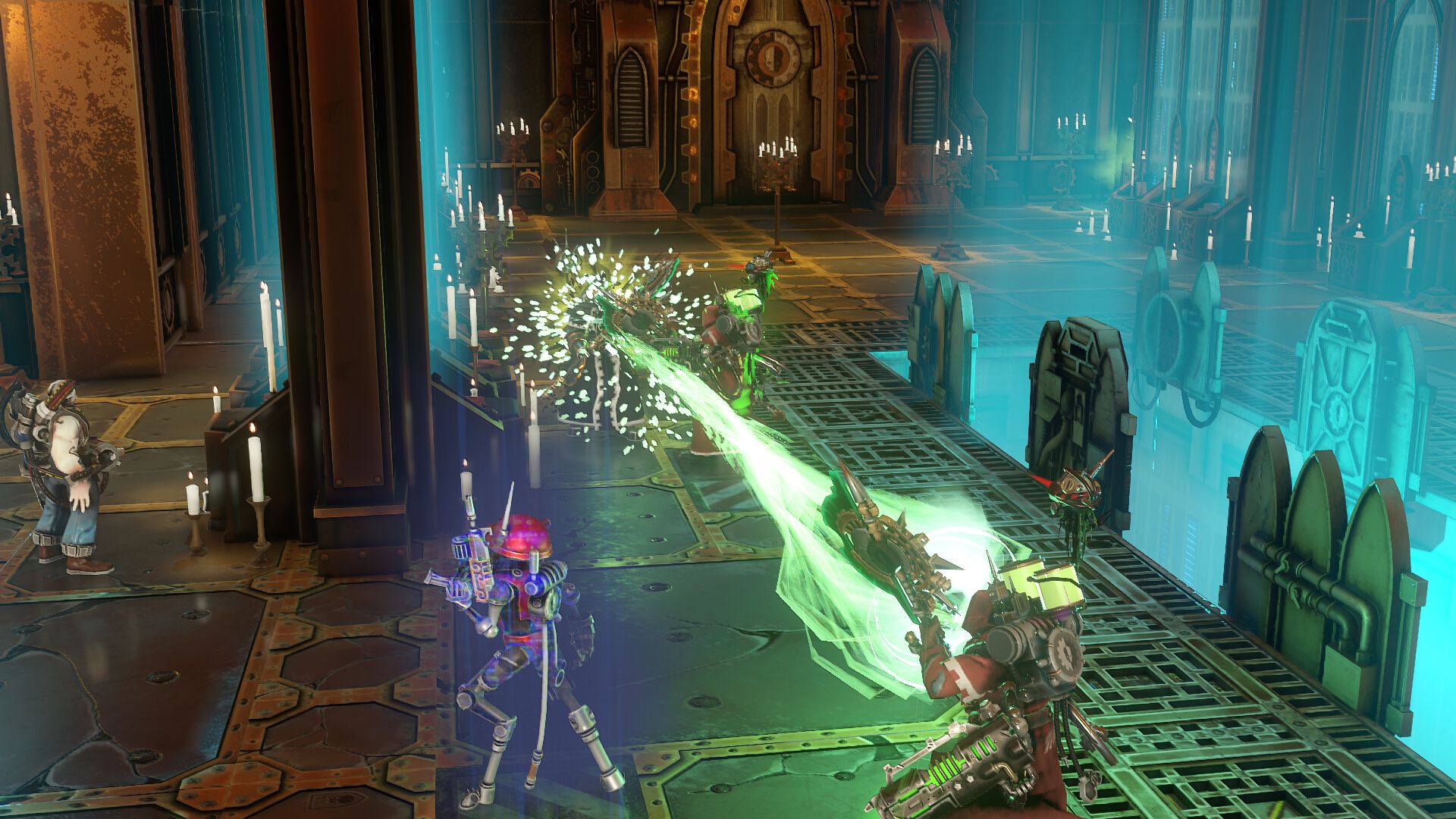 A lot of tutorials don't say it, so: Remember that if you do unlock a weapon or an item - you can equip it on all of your tech-priests. Even if it seems like there's just one in the inventory.
If you have abilities with timeouts - try to use them as soon as sensible (just remember to manage cognition points). Also consider having at least 1 CP-free weapon for each of your Tech-Priests, as this will be a long and CP-expensive mission. Also I would advise using your servo-skulls primarily for collecting CP, even if you have 2 or 3 unused at the end of your turn.

Note that during the turn enemy can either move and shoot or 'Sprint' for double the movement range, but no attack. If enemy enters your melee range after the sprint - you will still be locked into the opportunity shot. It can lead to the situations like this:

The first choice declares the mission objectives.
Options give respectively:

Note that even if you do not pick the Information warfare objective - the console will still be there and scanning it will grant you Blackstone as usual.

This allows you to pick the starting positions. Here are the screenshots of each one with a potential synergies to the objectives:
Up the Middle

Choice 3: Chance to Strike a Blow

All Out - +5 Cognition Points

Below you can find a downscaled composite map of the mission. It's meant to be used only as a general overview, don't try to count individual squares of it, as it took many, many screenshots to build it and there are shifts of perspective as the camera moved over the battlefield. Sadly the game currently does not allow you to display the top-down perspective of the whole map at a glance.

This is the ending for the Justice through firepower objective:
Mission Complete
With their servitors inactive or destroyed, the rebels are overwhelmed by the cohort's assault. The traitous Tech-Priests are cut down or flee into the labyrinth of the Caestus Metalican's interior. The true mission has only just begun, however. What prompted this rebellion? And are their leaders truly all dead?